Developing a ‘street-smart’ mindset will make it easier for you to avoid or evade dangerous situations. Danger is not limited to dark alleyways; it can be found in public parking areas, a college campus, a job interview site, the mall, or an airport. Awareness is the starting place of your ability to avoid being compromised. The next step is learning everyday techniques and safety games to keep you and your family safe. 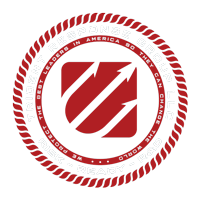 Mr. Bollen has served in Africa, the Middle East, Central Eurasia, Asia, and South America. He has worked or lived in over 73 different countries throughout his career. He has BA from Florida State University, a MA from The College of William & Mary and is a graduate of the U.S. State Departments Foreign Service Institute through Georgetown University in Washington DC. Mr. Bollen retired as a Senior Commissioned Foreign Service Officer within the U.S. Diplomatic Corps in 2010.